So glad you could come to my Saint Patty’s tea!  For this mid-morning extravaganza, I’ve brewed a pot of Barry’s Irish Breakfast tea, and made some special treats just for you.  Enjoy the Irish harps I have playing on the stereo while I pour the tea.

Did you know there’s more to St. Patty’s Day than wearing green, pinching or socking each other, and tinting rivers (or beer) artificial colors?  Have you ever heard of the real Saint Patrick?

He started life in Roman Britain, way back before 400 AD. Raised in a Christian family, he himself had no personal faith.  As a young teen, Patrick was abducted from his homeland and sold as a slave in then pagan Ireland, where he saw his situation as punishment from God for his prior unbelief.  He wrote of this time in The Confession.

Through his trials, according to Rev. Brady, the Roman Catholic Archbishop of Armagh and Primate of All of Ireland, Patrick “Came to know another God — God the Father, who was his protector.  He came to know Jesus Christ in those sufferings, and he came to be united with Christ and he came to identify with Christ, and then of course, also the Holy Spirit.”

Amazingly, after hearing a voice in the middle of the night telling him that his ship awaited, Patrick escaped slavery and returned home.  He applied himself to study and, in a dream, was called back to Ireland.  The young man struggled with returning to a land where he’d been cruelly enslaved and where the people worshipped multiple gods.  After a second dream, confirming his calling, he returned to Ireland and faced off against Druid priests, ultimately winning Ireland for Christ.

Legend holds that he used a three leaf clover to help explain the trinity to the Irish.  That may be why we still hold the shamrock as a symbol of the holiday.  Patrick preached the Gospel for 29 years in Ireland, baptized 120,000 people and started over 300 churches.  No one knows where the saint is buried.

It’s hard to imagine the obedience of this man, returning to possible death, torture, and slavery to tell those who had mistreated him about Christ!  We celebrate his bravery today on March 17, Saint Patrick’s Day.

As a child, this holiday caused me much stress.  For some reason, I never owned any green clothing.  So, I would be dodging pinches all day at school.  If someone nipped you and it turned out you did sport a bit of green, you were allowed to sock them!  I wonder if this is still allowed in our current age of political correctness.  Did any of you ever have to run the gauntlet?  The class would form two lines.  The birthday child had to run down the middle, braving punches from everyone else!  I have met several adults who remember this tradition.

To ward off any old, negative feelings about St. Patrick’s Day, I wanted to prepare something extra special for our tea.  The summer before my senior year of high school, I spent living with my grandmother.  Her children felt she needed a companion, and until they found someone to hire, I fit the bill.  She made an easy version of strawberry shortcake, which I’ve modified.  Grandma split refrigerator biscuits and layered them with sweetened strawberries and whipped cream.  I’ve used a small cookie cutter to make heart-shaped strawberries and mini rolls, then stacked them with clotted cream… perfect for our tea!

Remove dough from can & use heart shaped cookie cutter to make 18 mini biscuits (left over dough can be used for other purposes, if refrigerated).  Bake on cookie sheet according to instructions.   Cut hearts from strawberry slices and sprinkle with sugar.  When biscuits are done, slice in half with sharp knife.  Spread small amount of clotted cream on each half, placing sweetened strawberry shape in middle.  Sandwich together.  Makes 18 servings.

Boil 1 cup water with 2 cups granulated sugar, stirring until mixture becomes homogeneous.  Remove from heat and add fresh, chopped mint.  When completely cool, strain mint from syrup.  Use to make steeped berries and retain the rest to sweeten tea, pour over cakes, or use in mixed drinks.

Thank you for joining me to celebrate St. Patrick’s Day!   Drop by any time!

Receive updates and exclusive perks available only to my subscribers! 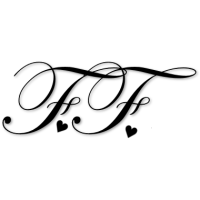 Tea Is A Wish Your Heart Makes

A blog full of humorous and poignant observations.

My Cup of English Tea

Setting up a Brand-New Life in London

Scotland with the Wee White Dug - A Scottish Travel Blog

A fun and informative Scottish travel blog showcasing the best of Scotland.

Marketing With A Story

Writing, the fire within my bones...

10 Tips on India, Travel and Lifestyle

Be a Leader in Your Own Life

Pictures of Tina, her home and all the places we visit